For Genetic Counsellor Awareness Day (Thursday 10 November) we caught up with two Genetic Counsellors at a couple of our partner NHS Trusts to discuss their role, the impact on patients and families and some of the reasons they find their roles so rewarding.

Marie-Anne (Maz) O’Reilly initially trained in immunology and molecular genetics research laboratories before realising that she really wanted to work directly with patients. After studying for an MSc in Genetic Counselling at Manchester she joined the Genetic Counselling service at Nottingham University Hospitals NHS Trust in 2009 where she is now Lead Genetic Counsellor.

Izzy Turbin came through the Scientist Training Programme (STP) route into Genetic Counselling, with her training based at Cambridge University Hospitals NHS Foundation Trust (CUH), and this is where she has been based for her career to date. She is now one of the Principal Genetic Counsellors and Education and Training Co-lead in Clinical Genetics team at Addenbrooke's Hsopital (CUH) 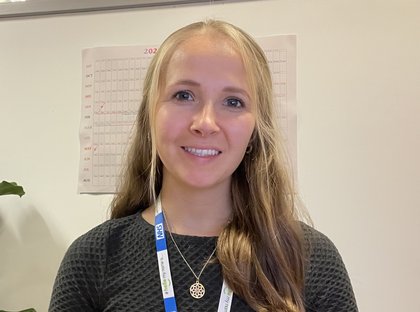 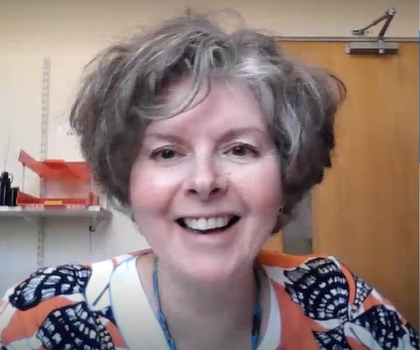 Let’s start with the basics. What is Genetic Counselling?

Izzy: For me it's supporting individuals and families through genetic testing or genetic diagnosis, including the results and any management that might come with that genetic condition. And also thinking about the wider family as well who there may be implications for.

Maz: It's also about supporting patients to make informed choices in a non-directive way. So, for example, in pregnancy, if a couple (with a pregnancy at risk) decide that they do not want to test or intervene, then we may still help to make this safer by putting a new-born alert in place for their baby. Equally we support them if they want to consider alternative reproductive options.

Why is genetic counselling important in this era of increasing genomic medicine?

Izzy: Access to genetic testing has increased, which is great. This means there will be more families and more individuals who need support through a diagnosis or testing, or passing information on to family members. Also genetic testing is getting broader, which means the results are getting more complicated and potentially confusing. So more people are needing support with understanding results and implications, or they may get results that reveal something unexpected – what we call an incidental finding - where we may find something unrelated to their clinical diagnosis.

Maz: There are some conditions where a clinician may have organised a diagnostic test but they are unaware of some of the other medical implications of the results. And we provide expert genomic support at the level of the multi-disciplinary team in the hospital, where discussion of results happens, including both consultants and genetic counsellors.

Izzy: Yes, and more specialties are able to offer the genetic testing themselves without having to refer to Clinical Genetics, so a big part of our role and why it’s so important, is that we're providing education and support to other healthcare professionals so they feel confident in offering this testing.

Maz: We're also involved in service transformation particularly through the GMSAs at the moment. For many hospital services, the whole concept of genetic testing can be difficult to incorporate. However we have already supported other services to absorb it into their everyday practice. What we can do is take our experience with other services, and help people and teams to work out how genetic testing can be embedded in their own practise.

a big part of our role is providing education to other healthcare professionals to make sure they feel confident discussing this with patients...

Can you tell us a bit about how receiving the results of genetic testing can impact individuals and their families?

Izzy: Where there's a suggestion of a genetic condition in a family or a child, patients often want to know what the chances are of that happening again in another pregnancy. So sometimes finding a genetic diagnosis is good news because it actually gives an answer and takes away uncertainty. One of my patients had an eye condition. He really wanted to know if there was a genetic cause, which would have had implications for any children he might have in the future. We did find a genetic cause, and so knowing that then enabled more options for him going forward in terms of family planning.

Maz: I had a notification recently that a person I saw a few years ago for a genetic cancer syndrome has just had a healthy child using an assisted conception route, so that was particularly rewarding for me that they had decided to go down that route and that it had worked out well for them. Some of the rewarding things for me have been also around conditions such as Huntington disease, where people have been too scared to have a test and then got to the point where their life is totally on hold. Helping them to take very slow steps towards finding a way through the situation, and to move on once they finally know their status, whichever it is, has been really helpful.

Izzy: Another example is a predictive test for a familial alteration in the BRCA1 gene, the presence of which increases the risk of breast and ovarian cancer. Where a result shows that an individual hasn’t inherited the familial gene alteration or pathogenic variant, it’s such a relief for them. They've perhaps known about it for a long time and they've been building up to thinking they could be at these really significant risks. So there’s the relief of putting their minds at rest, and also the realisation where they think “I haven't got this” or “I haven’t passed it on to my children” and the worry stops there. But equally, I've had patients who have inherited the familial gene alteration and actually they've been so worried about cancer risk in their family anyway, that once they get that result, it then opens the doors to all these management options. That is almost like a weight lifted for them as well because then they have a more certain answer about what their risks are and so they can actually do something about it, whether that be having extra screening or opting for risk-reducing surgery.

Maz: Yes it’s about letting them know all of their options up front and saying that we're going to try and keep you safe. So sometimes people need a lot of information so that they can build up a picture of if X happens, what are my options, what will happen to me?

sometimes finding a genetic diagnosis is good news because it actually gives an answer and takes away uncertainty.

What do you most enjoy about your job?

Izzy: I think the feeling that you've supported somebody, be that a patient or a couple or their whole family, through a diagnosis or a genetic test. Even if the result is not what they were hoping for, knowing that you've done the best you can to make them ready for that result and supported them after receiving it, and that you feel comfortable that they've made the best decisions for them, is very rewarding.

Maz: For me, it’s supporting people through really difficult times and being available for them. Sometimes people do need a bit more contact. I also enjoy the fact that it’s a constantly changing field. I enjoy the challenges and being part of the move to improve the impact of genomics in people’s lives. I also really enjoy working to raise the profile of genomics within our Trust and across the wider region.

What would you say to someone interested in Genetic Counselling as a career?

Izzy: I'd say take advantage of all the opportunities that are out there to find out more. Before going into it, find out that it is definitely something you want to do, but I guess I'd say also go for it. It's a great profession to be in. There are so many resources out there now including the Genomics Education Programme and Future Learn websites.

Maz: There are a couple of main training routes. There's the HEE funded STP program which is a three-year in-service training course with a with a masters qualification built into it. And then there's the Cardiff and Glasgow MSc programmes.

We have a virtual GC taster day on 14th of December at Nottingham which people can found out more about on our website.

See Genetic Counsellors from Cambridge and Leicester talk about the importance of their role, and the impact on patients and their families.

See Genetic Counsellors from Cambridge and Leicester talk about the importance of their role, and the impact on patients and their families.