Raising a child with a rare or little understood condition is a major challenge for parents.

So it’s hardly surprising that parents and carers speak so highly of groups like Unique, Gene People, Syndromes Without a Name (SWAN UK), and the Cambridge Rare Disease Network.

Among them are Vaila Morrison and husband Ewan whose daughter was diagnosed, aged six, with one of the rarest neurodevelopmental disorders in the world. 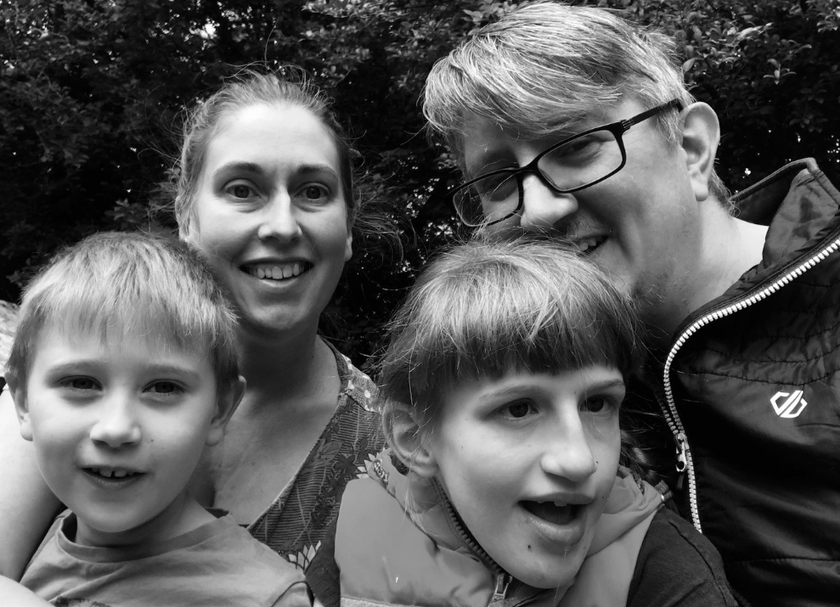 Eilidh was diagnosed with KAT6A syndrome after taking part in the Deciphering Developmental Delay (DDD) study.

During Vaila’s pregnancy everything was normal, though after birth some of Eilidh’s reflexes were slower than expected.

There were several other concerns, although many of these issues were understandably dismissed as ones that babies tend to have at that age.

However, with time came more worrying signs. Eilidh had a hole in her heart, and unlike other babies who have the condition, it did not heal so she had an operation when she was aged two.

As she developed, Vaila and Ewan noticed Eilidh was not meeting certain development milestones, and the family were told more work was needed to unravel the mystery.

After a period of relocating out of London and getting established with healthcare services in Cambridgeshire, Eilidh went on to have many hospital appointments and tests, including genetic tests. However, these all seemed to rule out a genetic cause for her symptoms.

When she was two-and-half-years-old the geneticist, at Cambridge University Hospitals NHS Foundation Trust, looking after the family suggested they consider enrolling in the Deciphering Developmental Disorders (DDD) study. This involved exome sequencing, sequencing the protein-coding part of the genome.

Exome sequencing was quite a novel test at the time and it took a lot longer than it does today. Vaila and her family carried on living and treating Eilidh’s symptoms, and the study continued.

The family reached out to SWAN UK, a dedicated support network for families of those with a genetic condition so rare it often remains undiagnosed. Its aim is that every family gets the support they need, when they need it, regardless of whether they have a diagnosis or not. The charity, and knowing they were not alone, was a great comfort to the family.

“Connecting with other people in a similar situation was empowering. It made us realise that there are many other people who also have been unable to get a diagnosis. 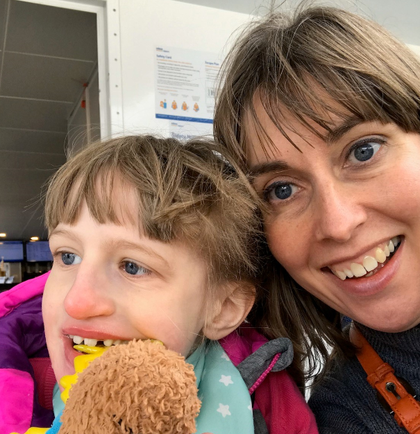 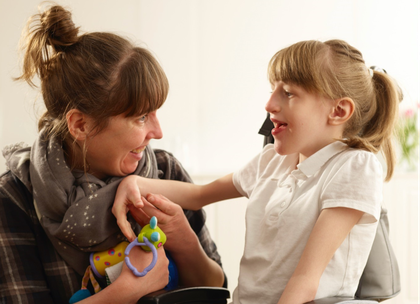 Vaila and Eilidh at home

“The rare disease community is very diverse. Everybody has very different symptoms though the challenges are the same. It’s a stronger community working together than the individual syndromes fighting to be heard.”

However, four years later, the result of the DDD study came through confirming that Eilidh had KAT6A syndrome, an extremely rare genetic neurodevelopmental disorder. It is caused by a genetic variant in the KAT6A gene, that codes for the KAT6A protein.

There are only about 300 patients diagnosed with KAT6A syndrome worldwide, though at the time of Eilidh’s diagnosis there were only about 100. Getting the diagnosis, and an understanding of what it is, was a relief.

Because the KAT6A protein is involved in controlling the expression of many other genes, the syndrome can cause a variety of symptoms in many parts of the body. How the syndrome affects one child can be very different from how it affects another.

In most instances, disease causing variants in the KAT6A gene occur spontaneously and there is no family history of the disorder.

Armed with new knowledge, the family reached out to the Cambridge Rare Disease Network (CRDN), which regards itself as a 'platform for change' helping to unite patients, advocates, experts and leaders to address the challenges faced by people affected by rare diseases.

And then they were signposted to Unique Feet, a CRDN initiative that provides a safe and welcoming space for children with any rare condition to meet locally for fun, friendship and confidence-building activities. 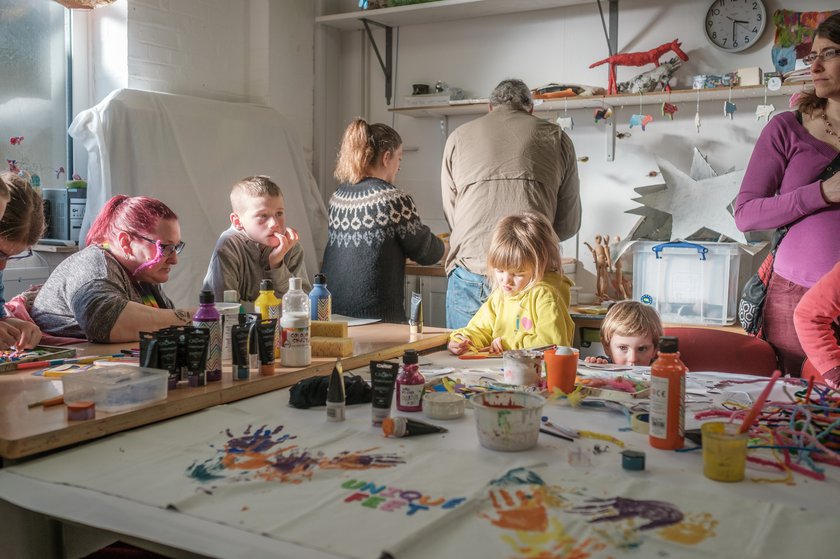 Vaila said: “As Eilidh did not have any acute or life threatening issues, we weren’t desperate for a diagnosis. However, we knew that having a diagnosis would help us in certain ways, such as accessing support and being able to engage in research projects that might help us further.

“It enabled us to learn a bit more about Eilidh’s condition although being an ultra-rare disease, there wasn’t that much to learn! It encouraged us to continue to be proactive and advocate for ourselves as not many healthcare professionals would be aware of it.

“It also helped us identify a supplement through some research in the USA that concluded people with KAT6A Syndrome may require help with metabolic function. We are certain the supplement has helped Eilidh, but with no formal studies here in the UK it’s still really a very informal trial only accessible as it is a medication already NHS approved for other metabolic conditions.”

Studies like the DDD Study and the 100,000 Genomes Project have paved the way for the introduction of exome sequencing and Whole Genome Sequencing for rare disease diagnosis into routine NHS care.

This means that many other patients and families will gain answers to their diagnostic odysseys more quickly, and more information and support should be available sooner to help care for those affected by rare disease.

If anyone has concerns that they or their child has a rare disease, they should ask a member of their healthcare team to make a referral to Clinical Genetics.

On Rare Disease Day Vaila shared some of her experience with staff at East Genomics alongside Jo Balfour, MD of CRDN, who provided an insight to the work of the charity and how staff can get involved.