Call for wider genetic testing for children with brain tumours

A team of doctors at Addenbrooke’s have highlighted how a simple genetic screening test improved the diagnosis and treatment of a little 17-month old girl with a brain tumour – caused by a rare condition.

The research published this week calls for immunohistochemistry to be used more widely as a quick diagnostic test. Comprehensive genomic tests can then be ordered to enable confirmation and further detail.

In the case of this little girl, it picked up signs of an unusual underlying condition.

After further genetic testing, including whole genome sequencing, the condition was confirmed and showed that the tumour was likely to respond to a new, non-conventional type of chemotherapy. As a result of this precision treatment, the little girl remains well, 18 months later.

Genetic screening will underpin care at the new Cambridge Children’s Hospital, designed to deliver precision medicine for young people across the East of England and beyond.

In this case, the little girl was initially tested for the cause of multiple skin marks called ‘café au lait’ spots (literal translation ‘coffee with milk’ spots, due to their colouration). Tests for the most common cause of these spots however had come back negative.

She then developed persistent vomiting and tiredness for four weeks, which lead to a scan at CUH which showed a brain tumour. She underwent surgery to completely remove the tumour, and pathology confirmed this to be a malignant tumour called an ependymoma, which required further treatment.

Due to ongoing concern that the multiple coffee spots and the development of the brain tumour may have been due to a less common underlying genetic condition, a simple genetic screening test was carried out.

The screening - known as immunohistochemistry - involved a staining test for four proteins produced by genes involved in the repair of DNA (genetic code), on both the resected tumour sample and its surrounding normal brain tissue.

When the pathology team looked down the microscope, they saw loss of the normal staining pattern in both tumour and normal tissues. This suggested a very strong likelihood that the infant had a rare underlying hereditary cancer syndrome known as Constitutional Mismatch Repair Deficiency (‘CMMRD’). This was then confirmed by more specialised genetic testing through the East Genomic Laboratory Hub.

International collaboration with The Hospital for Sick Children in Toronto helped describe the genomic profile of both the primary and recurrent tumours which confirmed it had been caused by CMMRD.

We suggest that the simple screening test should be used more widely for children’s brain tumours. 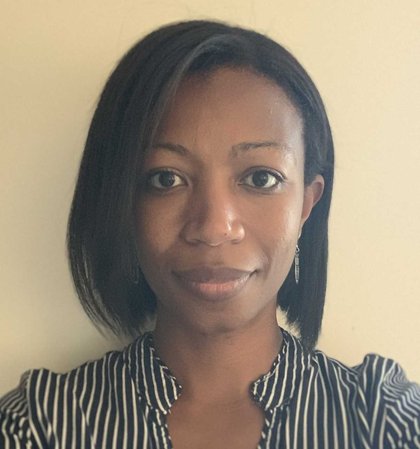 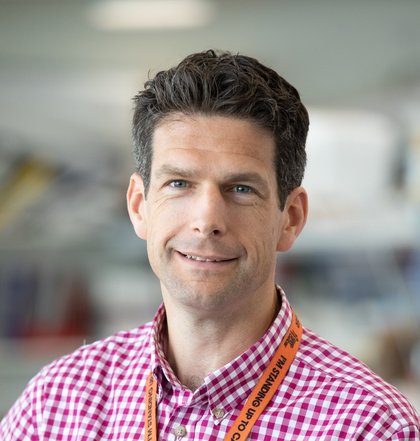 “Through a technique called immunohistochemistry, which stains proteins in samples removed by surgery, we could see loss of staining for PMS2. PMS2 is one of the four proteins we stain for to screen for CMMRD. In this case, the loss of staining confirmed the clinical suspicion that underlying CMMRD was likely."

Immunohistochemistry is a simple way to screen for such underlying genetic conditions which may otherwise not be considered, particularly in cases where, for example, multiple coffee spots are not present. It is a quick and accurate first screening test. If staining is absent, the team then go on to confirm the diagnosis with more specialised genetic testing.

"We suggest that the simple screening test should be used more widely for children’s brain tumours, particularly as the tumour type that this child had (ependymoma) had not previously been described in association with CMMRD before. Therefore, if the child had not had the multiple coffee spots when she presented with a brain tumour, the underlying condition would not have been suspected.” 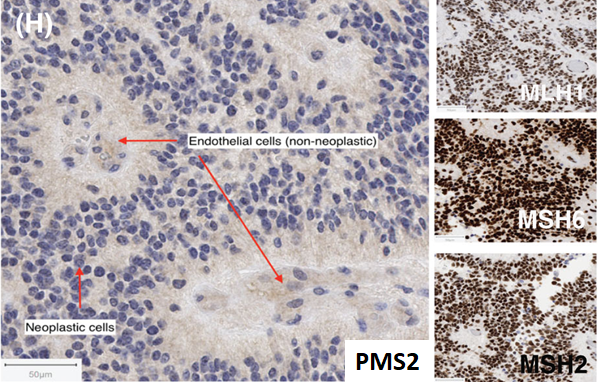 The patient has been responding well to the treatment for the last 18 months and we will continue to adapt treatment as needed.

Professor Matthew Murray, CUH and the University of Cambridge

“The confirmation of the underlying CMMRD diagnosis in the child allowed us to test the parents for the faulty PMS2 gene. It also allowed regular screening, using scans and tests, to be undertaken to look for the development of other cancers. Studies have shown that picking up other cancers early can help to improve outcomes.

"The whole genome sequencing (WGS) results confirmed a high number of abnormal variants or changes in the genetic code in the tumour – also called ‘tumour mutational burden’. This is expected in CMMRD as there is a defect in the ability of the cells to repair DNA damage. These findings opened up new treatment options for the child, in the form of immunotherapy, which would not normally be offered for the type of tumour she had (ependymoma).”

“The patient has been responding well to the treatment for the last 18 months and we will continue to adapt treatment as needed.” 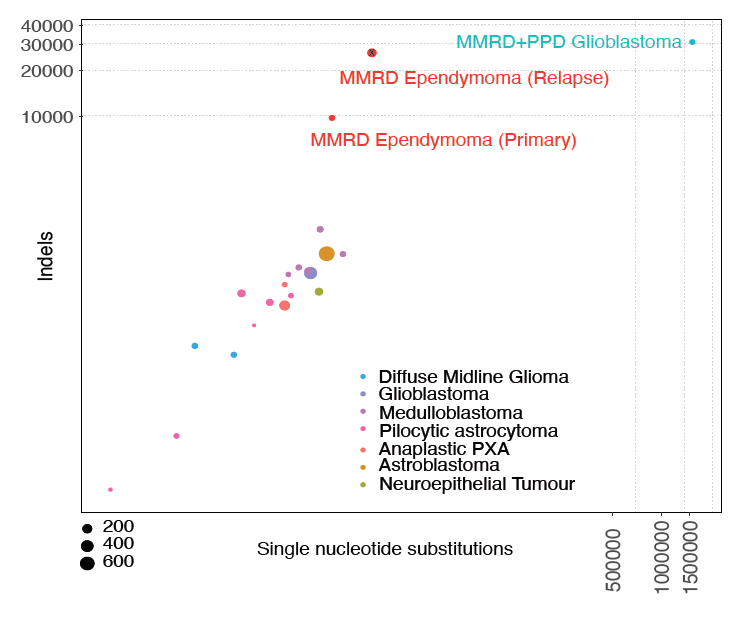 Graph that shows the patient's tumour has a high number of mutations (indels) compared to most other cancers.

This work highlights the importance of wide collaboration between clinical and scientific teams to improve care for these young children with difficult-to-treat cancers. 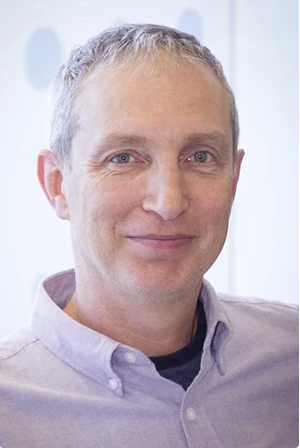 “At IRRDC, we were really excited to work together with the UK team on this project. We have previously demonstrated the beneficial effects of using immunotherapy as a treatment for these rare cancers caused by CMMRD in children.

"Importantly, we have extended our knowledge of the tumour types caused by CMMRD by reporting these findings here in this young child with ependymoma. Further testing here at IRRDC allowed us to confirm that the CMMRD caused the ependymoma."

The paper has been published in the journal Neuropathology and Applied Neurobiology - https://onlinelibrary.wiley.com/doi/10.1111/nan.12862