For many weeks after Eleanor was born, whilst she was unable to tolerate any feeds, starting nursery was something her parents could not even imagine would be possible.

But thanks to whole genome sequencing, doctors were able to diagnose Eleanor with a very rare intestinal disease and as a result, offer her specialist and suitable treatment, enabling her to live as normal a life as possible.

Whole Genome Sequencing gave us a diagnosis for our daughter’s very rare condition. It was such a relief to finally have this and it enabled us to focus on being parents.

Laura experienced an extremely straightforward first pregnancy with Evie, now four years old. During her second pregnancy, she also had no concerns until scans in late pregnancy highlighted that Eleanor’s bowels were dilated.

In November 2019, Eleanor was born by emergency caesarean section at Norfolk and Norwich University Hospital and taken directly to their neonatal intensive care unit (NICU) for assessment and was closely monitored for three days.

Unable to tolerate any feeds

Despite successful breastfeeding, Eleanor lost a lot of body weight and by day 5 she was admitted back to NICU. Laura and Eleanor remained in the Norwich Hospital NICU high dependency unit until a long line to administer total parental nutrition was successfully established.

At this point, doctors were unable to explain what was behind Eleanor’s extreme weight loss, leaving the family feeling powerless to know what to expect.

After various tests, Laura learnt that they were suitable to join the Next Generation Children project being run by the University of Cambridge and Cambridge University Hospitals NHS Foundation Trust. This was a project offering whole genome sequencing (WGS) to families with babies or children in intensive care with an unexplained condition.

Laura’s hope was that it would help identify Eleanor’s illness, and help doctors treat her. For the test, Eleanor as well as Laura and Mike just needed to have a blood sample taken. After just three weeks, the result confirmed Eleanor had a very rare intestinal disease known as Osteo-Oto-Hepatic-Enteric Syndrome caused by a variant in a gene (UNC45A); the gene had been passed through an autosomal recessive inheritance pattern. 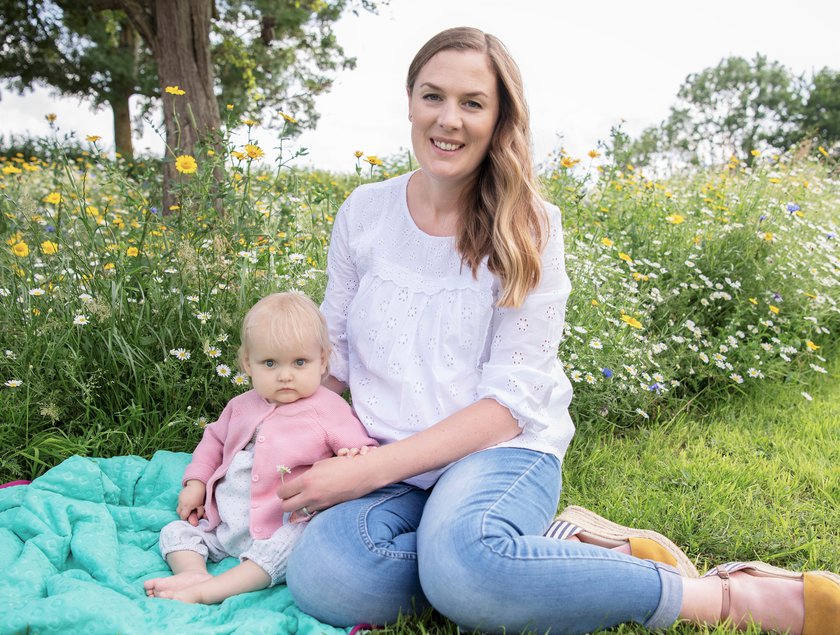 At diagnosis, Eleanor was the only child in the UK, and 5th in the world with this condition, though they all have different genetic variants. This meant Eleanor’s prognosis was likely to be uncertain.

Parents hoping for ‘as normal a life as possible’ for Eleanor

My husband and I want Eleanor to have as normal a life as possible. At 18 months, Eleanor is now at nursery interacting with other children which is great. The COVID restrictions have also impacted on us over the last 18 months. Whole Genome Sequencing helped us achieve peace of mind and acceptance of Eleanor’s condition quickly; any parent should have access to it in such situations.